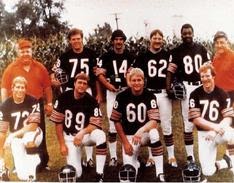 John Angel, the owner of Remodel-Partner Inc., has an extensive background in IL remodeling and as a room addition design build contractor. He began as a young boy helping his Dad who is now deceased.  Johns Dad was a school superintendent, principal and a jack of all trades.  There was nothing he could not do.  By the time John was 18 he and his Dad had designed and built three of the homes they lived in.  So, John learned the design and building trade from the ground up.  In 1968 John moved to Illinois to begin a successful career as an Illinois general contractor specializing in architectural design and building Illinois Room Additions and Light Commercial projects. Since then he has designed and built many commercial and residential projects. His strong suit as an IL Room Addition contractor is the design and management process; whether you’re doing a small addition or a major remodel. Early on in his career he had the privilege of wearing #89 while playing football with the 1974. Chicago Bears. John enjoys helping people and loves his work, the outdoors, boating, bass fishing, football, basketball, working out and racing. John resides in Itasca with his wife Kaye, whom is very active in their home IL remodeling – Home Addition – Room Addition business. Together they enjoy life and spending time together with their friends, six wonderful children and grandchildren. 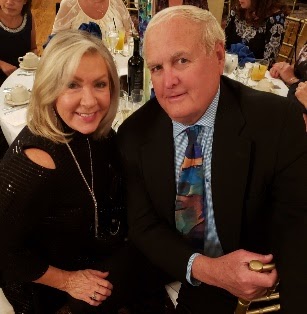 Kaye Angel, owner of Remodel-Partner Inc., has an extensive background in interiors. It began with an interest in art. She is a graduate of University of Illinois with a major in design, which has carried her through years of successful projects in the construction field. Kaye (an Air Force brat) was born in Illinois and traveled the world with her parents. John and Kaye met and that was the beginning of her working in the construction industry. She really enjoys working with people on their Chicago Suburban projects while helping to put a look together that is just right for them. Kaye enjoys helping people and loves her work, the outdoors, cold weather, cooking, boating, golf, and working out. Kaye resides in Itasca with her husband John. When they are not busy running their successful design build business, they enjoy life and spending time together with their friends and six wonderful children.

Kathleen Angel, a creative entrepreneur and interior decorator who was instantly drawn to the endless possibilities of art and design from as far back as she can remember. “Art is all around us and is found in a multitude of forms, it has always inspired me to feel some of my most important thoughts.” Her father has owned a remodeling and architectural business her entire life and Kathleen’s mother holds creative passion in just about everything she does making everything seem beautiful. Kathleen Angel has been working for her father and mother for over 20 years. She is dedicated to her work, and has a keen sense for design. With these artistic influences early on she discovered the various ways it can transform how we go about our days. Kathleen’s experience with decorating and creative innovative ways of redesigning any space will take you beyond your end goals. If you need assistance with any design questions, Kathleen is your go to.